At only 18 years old, Cindy Kimberly is one of Instagram’s hottest models with over 1.9 million followers. The exotic beauty rose to fame earlier this year when she was only 17 years old and since then has taken the fashion industry by storm. With her sensuous mouth and her sultry eyes, it is no wonder that she has captured the eyes and hearts of so many fans.

Here are the facts that you need to know about Cindy Kimberly, one of 2016’s break out stars.

. Her Birthday. Kimberly is a Scorpio, she was born on November 16.

Growing Up. Cindy Kimberly was born in Amsterdam but grew up in Costa Blanca, Spain.

Before The Fame. Before the fame and recognition, Cindy worked as a babysitter making about 3 pounds or roughly 4 US dollars an hour. 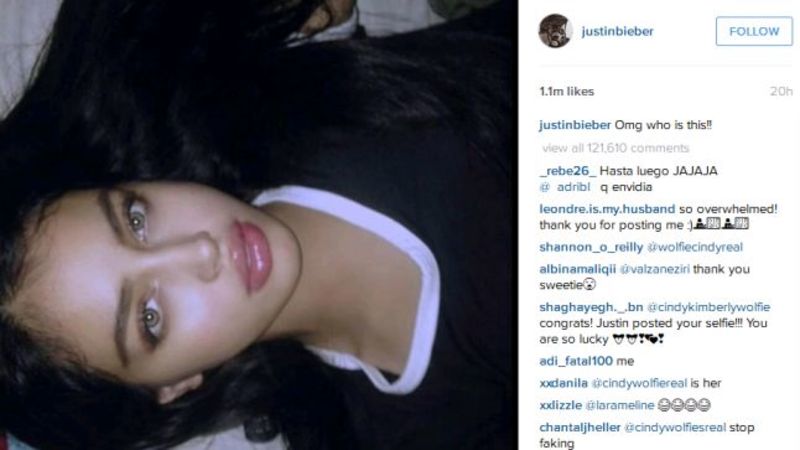 Her Rise to Celebrity Status. Cindy shot to fame after R&B singer Justin Bieber posted her picture on his Instagram page captioned “Omg who is this”. The picture got over a million likes and more than 110,000 comments. His fans identified the girl in the picture as Cindy Kimberly and her fame shot through the roof.

Instagram Fame.  Cindy Kimberly ranks at number 19 on the list of famous Instagram stars. Compared to many others on the list, her rise to the top was fairly quick, it took just a few weeks for her to gain most of her fan base.

Trouble with the Law. Cindy apparently had a minor run in with the law in Spain. She has a charge of drinking on the streets while underage. Still this is nothing major, we’ve all had a hidden drink or two when we were her age.

these are my pj pants

. Art Enthusiast. Cindy is a big fan of art, especially when she is the subject of admiration. She regularly posts portraits that are done by her fans on her Instagram page.

Agency. Cindy is represented by Uno Model Agency and has appeared on the covers of several Spanish magazines since her launch with the agency.

Celebrity Crush. Despite being “discovered” by Justin Bieber, Cindy is not as taken with the singer as he was with her. Kimberly has a huge crush on Teen Wolf star Dylan O’Brien. O’Brien is apparently the inspiration behind her Instagram handle @wolfiecindy.

Is she Single or Taken? Kimberly has been linked to several male models since her rise to fame. Currently, she is rumored to be dating fellow model Neels Visser. The two were seen kissing while on a trip to Spain.

Before Visser, she was previously spotted kissing Xavier Serrano on Snapchat.

Going Under the Knife. Regardless of what the critics say, Cindy maintains that she has not had any work done on her body. After months of saying her lips were ‘au natural’ and she has not had any fillers injected, she however posted a picture on Instagram accepting that she did in fact have fillers.

She is Multilingual. She speaks three languages! Cindy Kimberly is fluent in English, Spanish and Italian. Her native language is Spanish.

The Downside of Fame. Before the shout out from Bieber, Kimberly had quite a lot of followers on Tumblr. She unfortunately had to delete her account because of harassment from jealous ‘Beliebers’. The price of being famous!

13 Alissa Violet Facts That are Quite Interesting