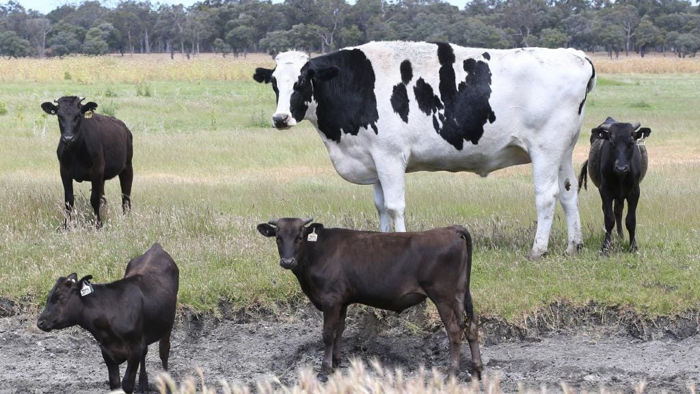 HOLY COW! The internet is going crazy over Knickers, a seven-year-old Holstein Friesian, after videos and pictures surfaced showing that this bovine stands 6 feet 4 inches tall and weighs the same as a small car.

It is pretty insane that there is a cow out there that big! Want to know more? We are going to show you 10 facts about Knickers, the giant cow.

HOLY COW: This enormous six-foot-tall steer has avoided the slaughterhouse by being too big. "Knickers" the bovine weighs approximately 1.4 tons and will see out his days in the paddocks of Lake Preston, Australia. #cow #animals #farmanimals 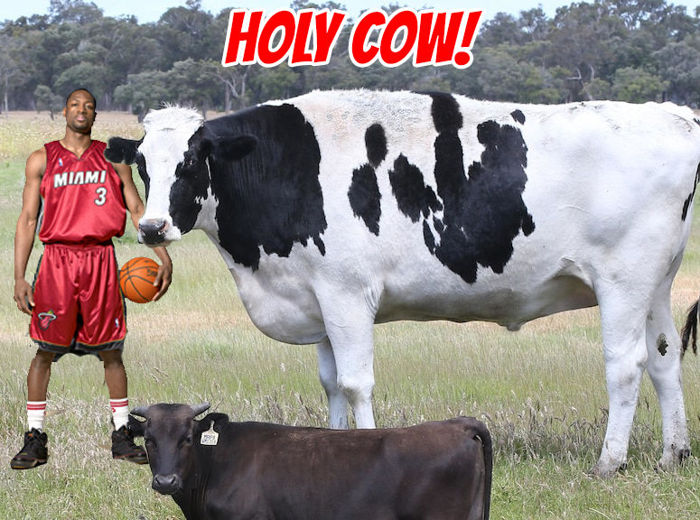 1. He is the Same Height as NBA Star Dwyane Wade

Holstein-Friesians are a dairy breed and normally weigh in at about 1,500 pounds and stand about 4 feet 1o inches tall. 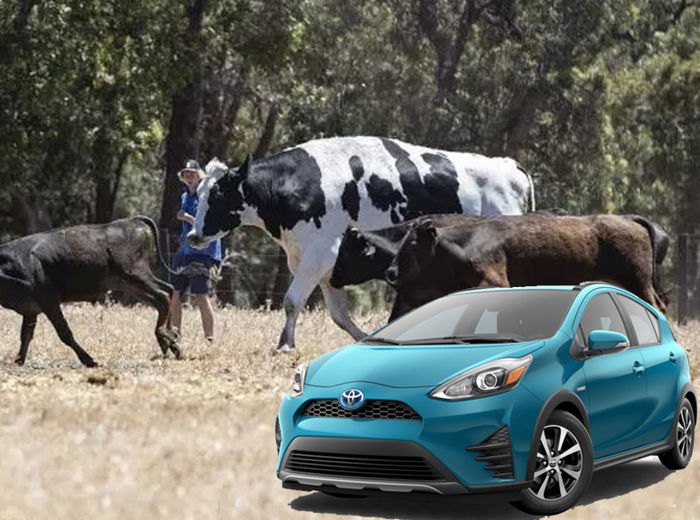 2. He Weighs More Than a Small Car

This bovine behemoth stands head and shoulders above other farm animals and weighs in at an incredible 3,086 lbs (1,400 kg). 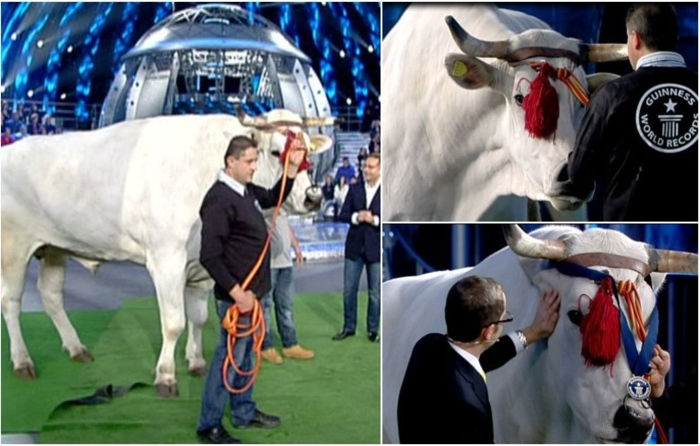 3. He is Not the Tallest Cow in the World

Looks like Knickers has a bit more growing to do, if he is looking to catch up with the world’s tallest cow, Bellino. According to the Guinness World Records, Bellino, who lives in Italy, is the world’s tallest Chianina ox, who stands tall at 6 feet 7 inches.

4. He is Actually Not a Cow

Technically, Knickers is not a cow, but a steer. According to WikiHow a Steer is a male bovine (or bull) that has been castrated before reaching sexual maturity and is primarily used for beef. 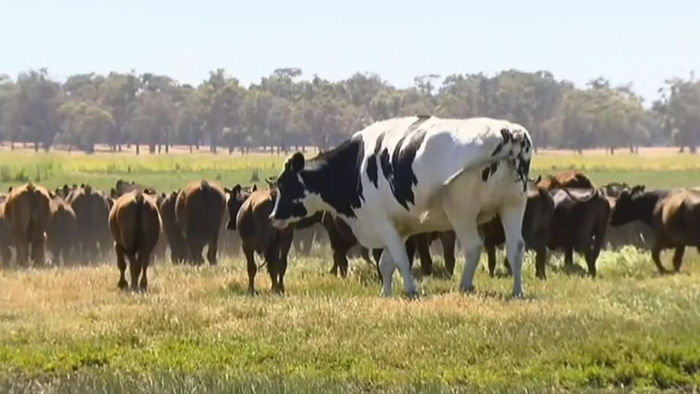 5. Happily Ever After Because He is Too Big

Being this tall and big was a blessing in disguise for the 7-year-old Holstein Friesian. Because of his size, he was spared the slaughterhouse. His owner, Geoff Pearson  explained why. “It was too heavy. I wouldn’t be able to put it through a processing facility.

“He’s too big for the chain, he’s out of spec, he’d be too heavy for the machines and he’d probably actually be hanging on the floor, so there would be contamination issues, and his cuts of meat would be too large,” Pearson explained.

We went on to highlight Knickers future, since he won’t be going to the slaughterhouse. “So I think it will just live happily ever after.” 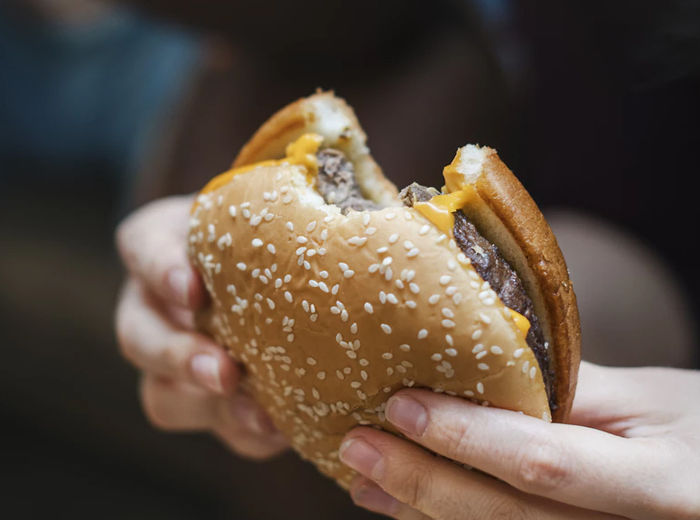 6. He Would Make a Lot of Meat

Butchers say the giant would produce around 1,400 lbs of trimmed ‘saleable’ beef. If slaughtered, Knickers would produce: 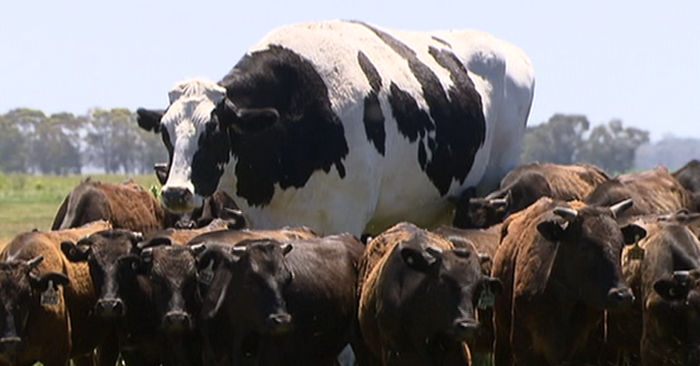 Geoff Pearson, Knickers owner explained how Knickers he got his name. “When he was young, when we first got him, we had a Brahman steer which was a friend of his.

“So his name was bra… so we (had) bra and knickers. We never thought he would turn into a big knickers.”

So how did Knickers become the size of a Toyota Prius? Was he pumped full of hormones? Was he bred to be that size? The Guardian spoke to Knickers owner  and asked the question, how did the bovine get so big? Geoff Pearson responded with, “We don’t know that ourselves,” He went on to say that “It’s just a freaky thing.” 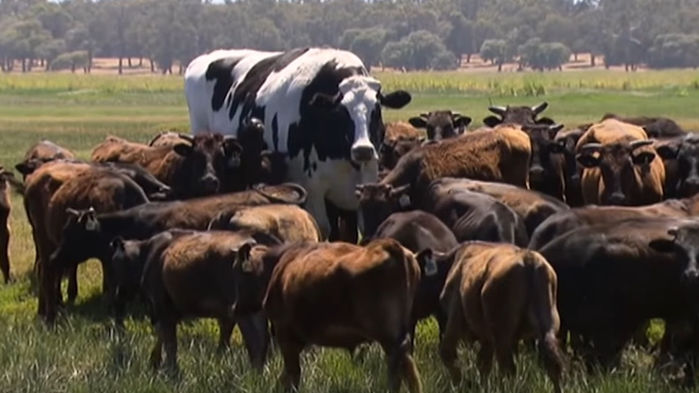 9. The Response on the Internet Has Been Overwhelming

Geoff Pearson, Knickers’ owner is overwhelmed by all the attention his animal is getting. Talking with The Guardian, he explained that “It’s out of control”, he stated that “I didn’t expect it to go as far as it has. I’ve been called every 10 minutes since four o’clock this morning.”

The internet has been going crazy about the giant bovine. Even celebrities threw their 2 cents into the conversation.

Damn that is one huge cow. this is why I buy internet on flights. I almost saw that 6 hours after you guys did