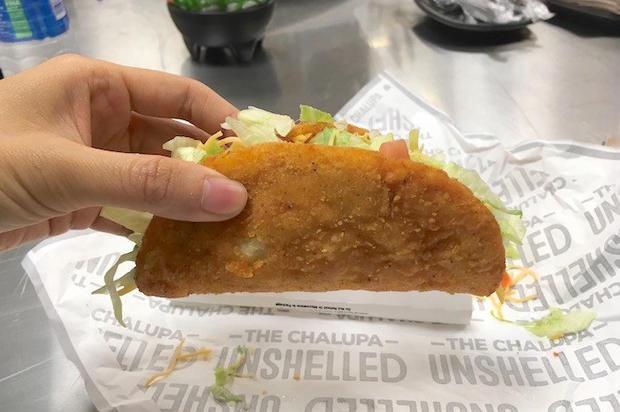 Your eyes are not deceiving you, that is a Fried Chicken taco shell up above. If it looks interesting, well, it is called the  “Naked Chicken Chalupa”and Taco Bell is looking at launching it nationwide.

While it has not been approved for a national launch as yet, people seem to love this unique fast food twist. So take a look at Taco Bell’s Naked Chicken Chalupa: 5 Fast Facts You Need to Know.

So what on earth could a fried chicken taco shell with veggies actually taste like? This new meaty chalupa tastes like a fried chicken wrap without the flour wrap. It is stuffed with lettuce, tomato, cheese, it is spicy and garnished with avocado ranch sauce.

It Was Taco Bells Response to KFC’s Double Down 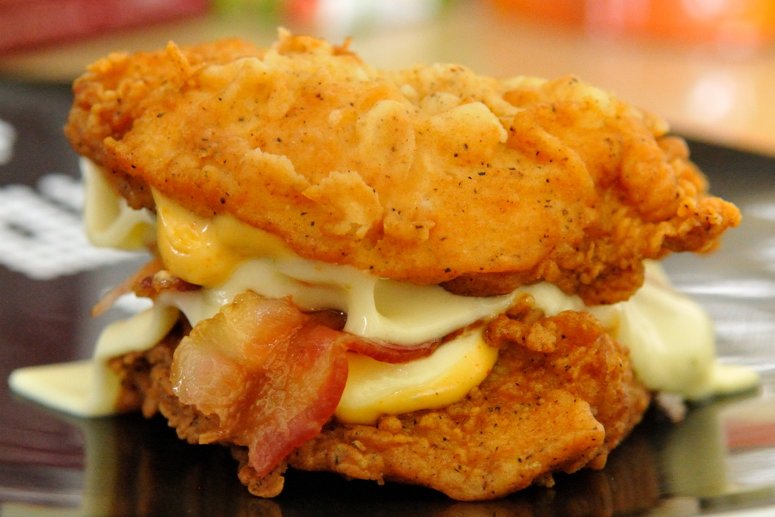 With the success of the KFC’s artery busting Double Down (From its April 12, 2010 nationwide launch through early July, a KFC spokesperson reported that the chain had sold 10 million of the sandwiches ) Taco Bell decided that they should have their own response to the Double Down and that is the basis for the Naked Chicken Chalupa.

They Are Still Testing but the Feedback is Really Good

While the Naked Chicken Chalupa hasn’t been approved for a national launch, it seems that people are sold on this new product. In an interview with Buzzfeed, a spokesperson stated that “the results and consumer feedback are very encouraging,” “We’re just planning what’s the right the timing,”

When you think about it, it is a Taco Shell made out of fried chicken just sounds super unhealthy. Contrary, the people who have been been eating it think that it is healthy.

Taco Bell has found in the test that the vegetables somehow manage to give the meaty, deep-fried chalupa a “health halo” in the eyes of consumers.

Kat Garcia, Taco Bell’s senior manager of marketing in an interview with Buzzfeed stated “We were getting feedback like, ‘It’s so healthy. It’s so fresh,’”. “That really surprised us because it’s fried chicken.”

As much as ?I thought people would be disgusted by this concept, it seems that there is nothing but positive feedback. Customers who tried it out took to Twitter to voice their love for this chicken taco.

Just ordered the naked chicken chalupa this is living my friends

The Naked Chicken Chalupa @tacobell is 👌👌