Warning: Trying to access array offset on value of type bool in /home/jdeeze/thefactninja.com/wp-content/plugins/current-age/currentage.php on line 165
 31 Pablo Escobar Facts That Are Outrageous & Crazy Skip to content

8. He Imported the Majority of Cocaine to the United States in the 80s 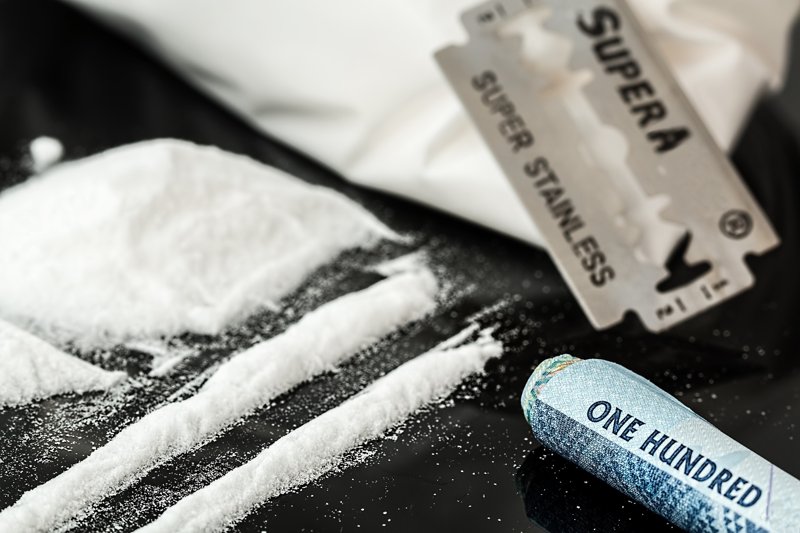 At the height of his power, Escobar brought 80% of cocaine into the United States. Four out of five people who snorted cocaine in the 1980s, were snorting Escobar coke.

9. He Smuggled in 15 Tons of Cocaine Daily to the United States 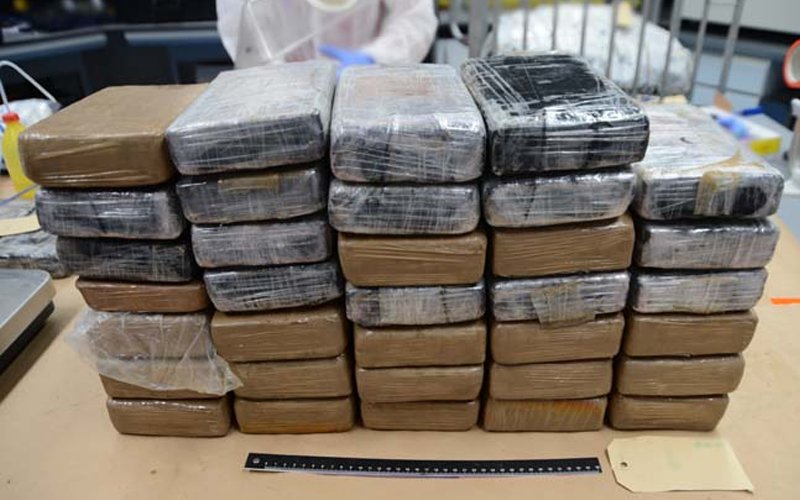 15 tons of cocaine were smuggled into the United States on a daily basis, this was the equivalent of 3-4 large adult elephants. Escobar would also buy Boeing 727s, strip out all the passenger seats and fly up to 10 tons per flight into the U.S. 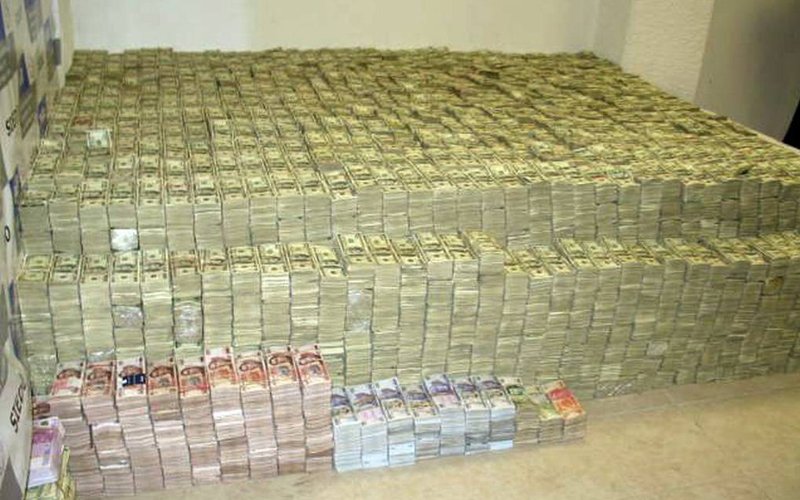 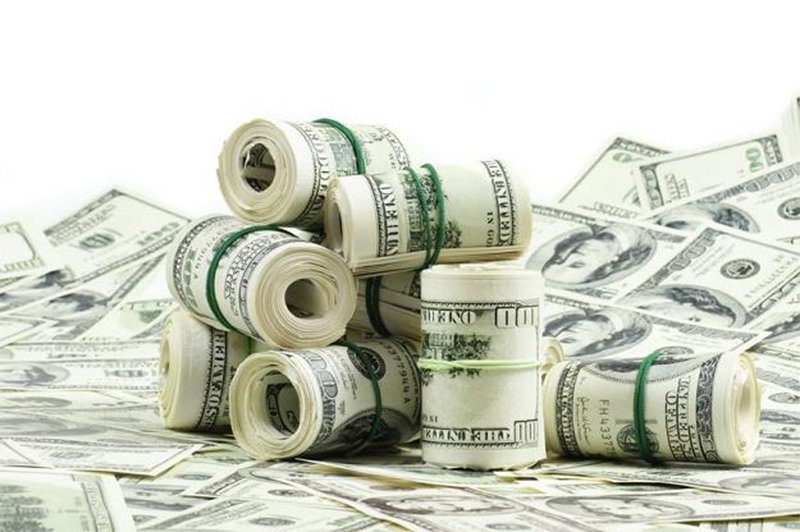 In the book The Accountant’s Story: Inside the Violent World of the Medellín Cartel,  Pablo’s brother, Roberto, indicated that he and his brother’s operation spent $1000 per week purchasing rubber bands, which were used to to wrap the stacks of cash. Think about how cheap rubber bands are and the fact that they used $4,000 a month to purchase, means they had  A LOT of money. 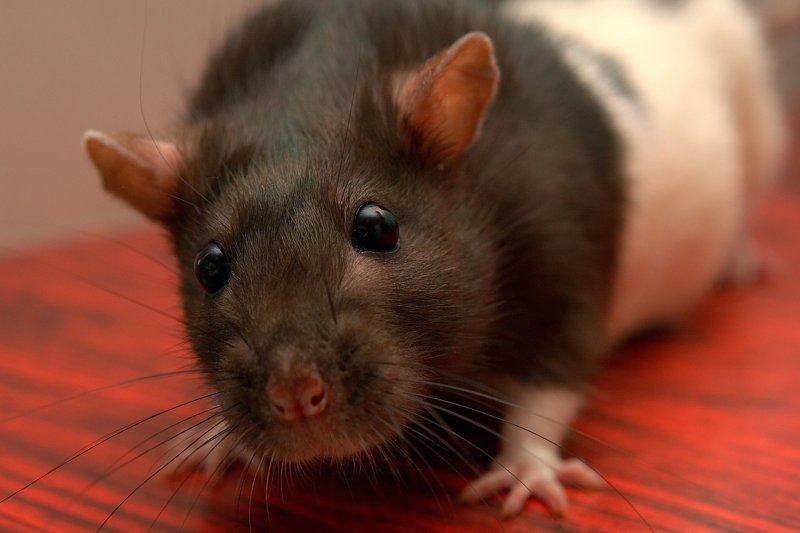 Pablo generated so much money, he began storing most of it in warehouses. Ten percent had to be written off yearly due to “spoilage”. That spoilage would be rats who would come into the warehouse at night and nibble on the thousands of hundred dollar bills.

13. Escobar Was one of the Top Billionaires in the World 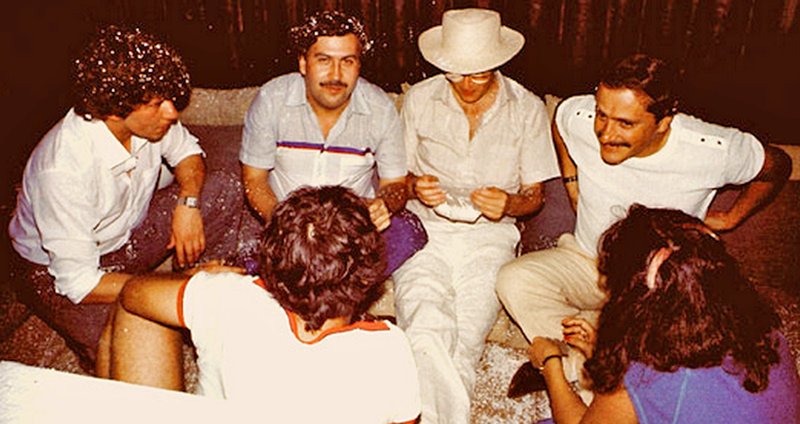 14. There is Millions of Dollars Buried in the Colombian Countryside 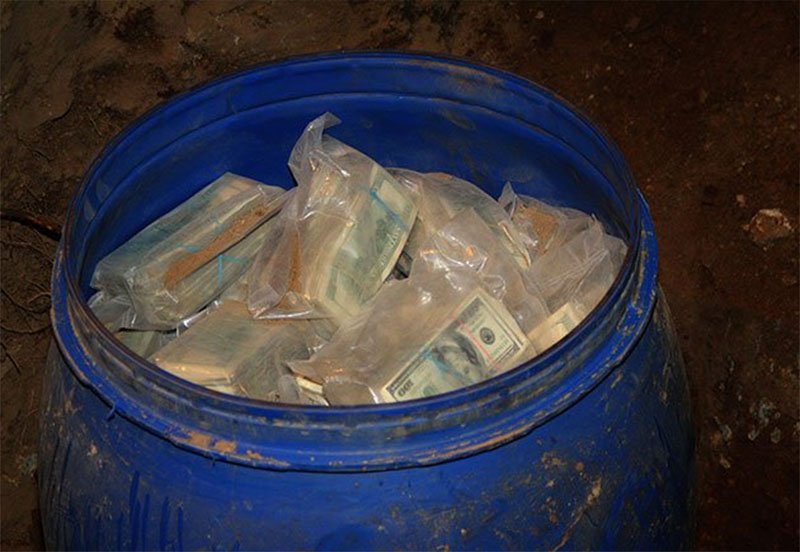 Escobar was bringing in millions of dollars a day. The amount was so staggering, they essentially ran out of space to store it. One ingenious way they could hide the money, was by placing them inside drums and burying them around the Colombian countryside.  Even after his death, many of the drums of money remain buried in or near other properties owned by Escobar in Colombia and other countries, including Mexico.

15. Escobar Lived by “Silver or Lead” 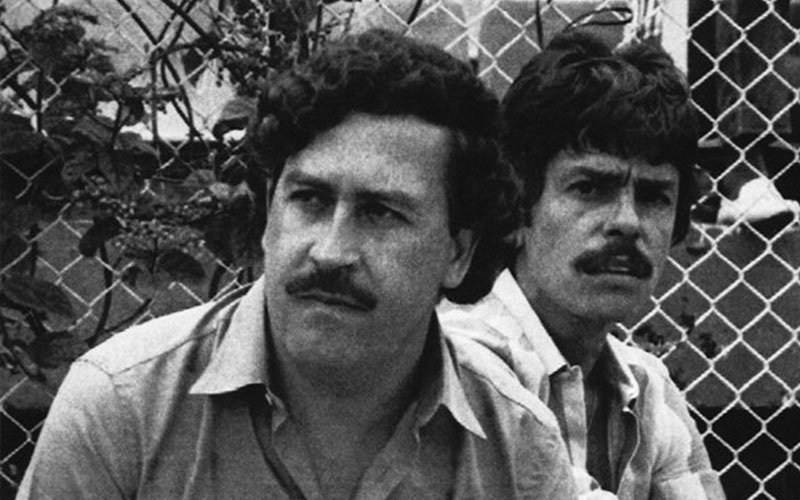 After his first arrest, Escobar relied on corruption and intimidation when dealing with the Colombian system. He had a very effective policy when dealing with law enforcement and the government. This policy was called  “plata o plomo“, which means “silver or lead” (accept the money or face bullets”). This resulted in the deaths of hundreds of people which included government officials, policemen and civilians. 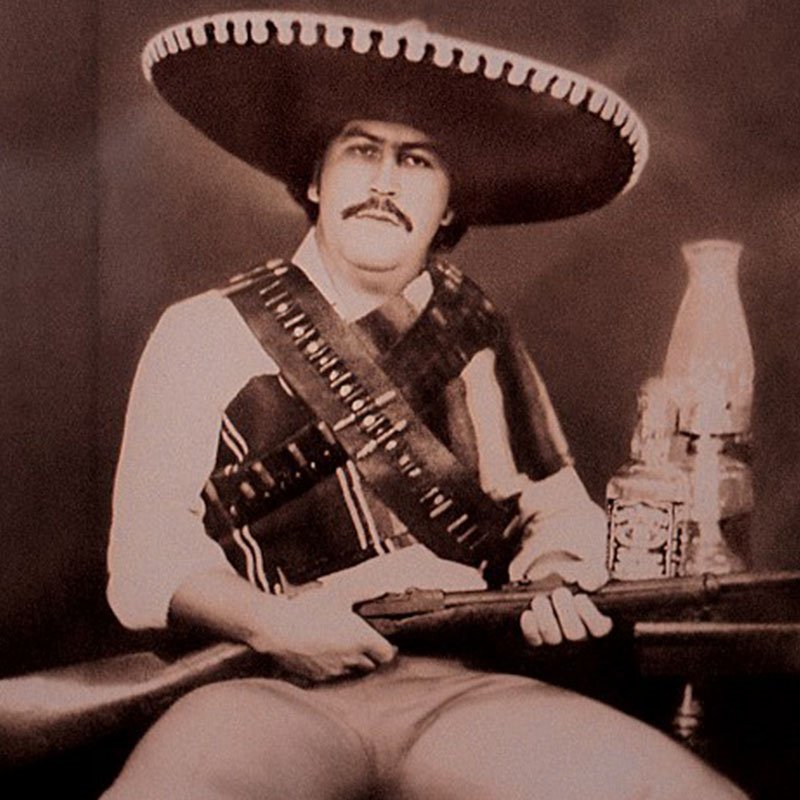 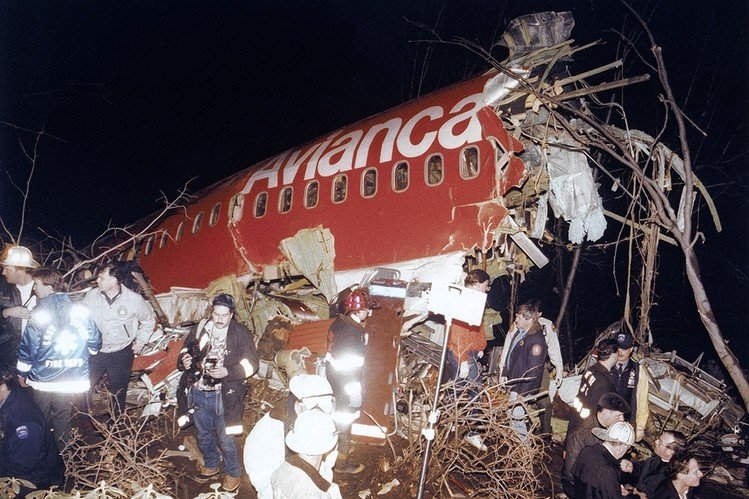 In his attempt to kill presidential candidate César Gaviria Trujillo, Pablo Escobar left instructions for his men to plant a bomb on Avianca Airlines 203. The bomb went off while the plane was in mid-flight and this resulted in the death of one hundred and ten people, including two Americans.

18. He Had Many Nicknames 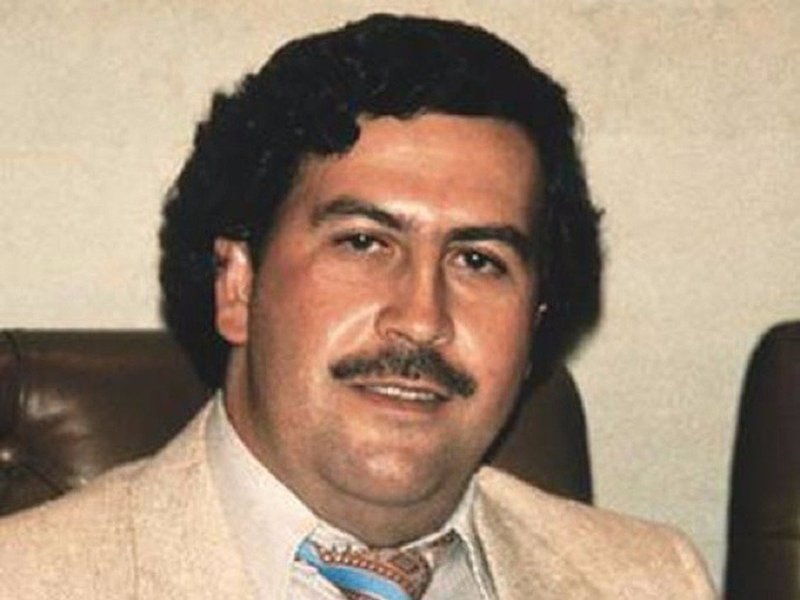 Escobar had many different nicknames during his life. People would often refer to him as Don Pablo, El Doctor (The Doctor), El Mágico (The Magician), El Padrino (The Godfather), El Patrón (The Boss), El Señor (The Lord), El Zar de la Cocaína (The Tsar of Cocaine)

19. His Favorite Song Was “Si Yo Fuera Rico”

If that song sounds super familiar, it was redone by Gwen Stefani and Eve for their hit song “Rich Girl”.

20. He Bought His Way Into the Colombian Congress 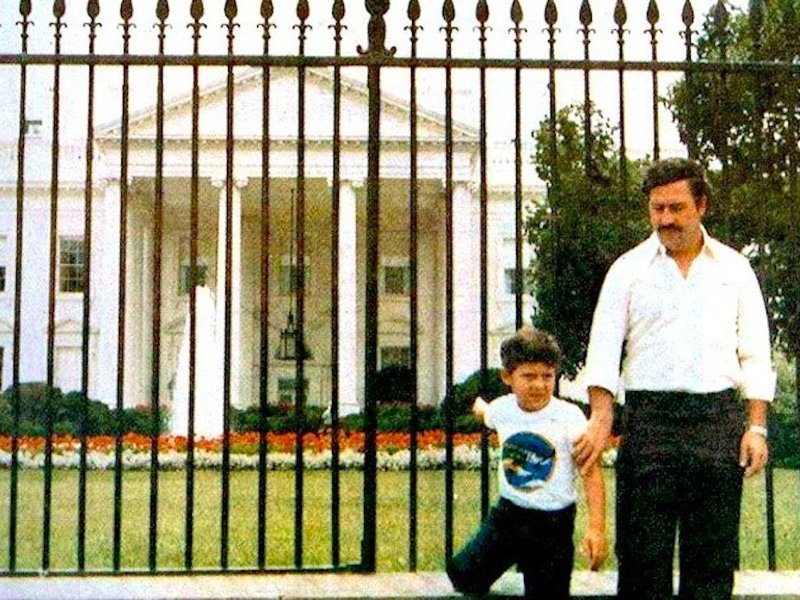 Pablo Escobar had so much money, he decided that as a way to legitimize himself, he would buy his way into Colombian politics. He supported a political party, was elected and held the position of a congressman. With his new title, he was given automatic judicial immunity. This meant that Pablo could no longer be prosecuted for crimes under Colombian law. Because of his political appointment, he was entitled to a diplomatic visa. This allowed him to take trips to the United States and he was able to enjoy mansions he had bought in Miami for the first time.

21. Pablo Married His Wife When She Was 15 Years Old 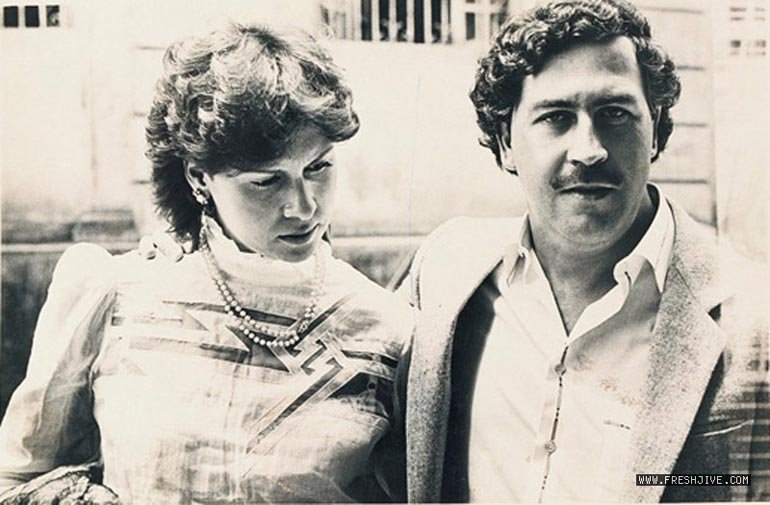 When he was 25, Escobar fell in love with his best friend’s sister, Maria Victoria, who was only 13 at the time. A few year later they got married. At that time, Pablo was 27 and Maria 15 years old. They went on to have two children together: Juan Pablo and Manuela.

22. His Daughter Wanted a Unicorn & Pablo Made it Happen 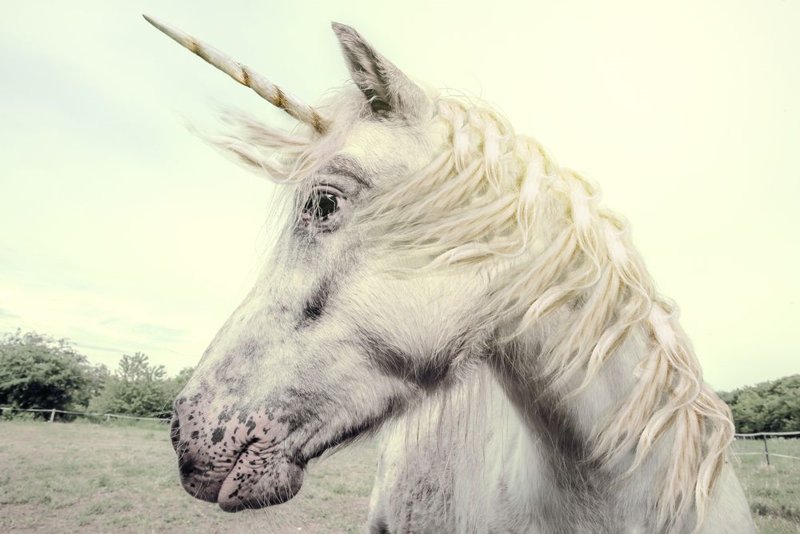 When Escobar’s daughter Manuela wanted a unicorn, he made the impossible possible. He bought her a horse and from there he stapled a cone to its head, as well as wings on the back. The horse later died from an infection.