Warning: Trying to access array offset on value of type bool in /home/jdeeze/thefactninja.com/wp-content/plugins/current-age/currentage.php on line 165
 31 Pablo Escobar Facts That Are Outrageous & Crazy Skip to content

23. He Controlled His Mistresses

Pablo loved his daughter so much that he forced one of his mistresses to have an abortion when she became pregnant. The reason for that act is that he promised his daughter that she would be the last of his bloodline. 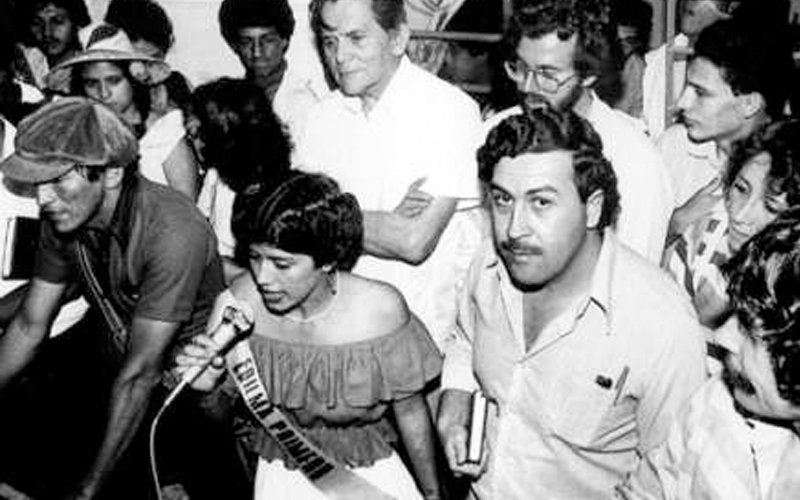 Pablo loved to entertain his closest friends and he would hire a bunch of beauty queens for a night of entertainment. The women would get naked and run to an expensive sports car, where the winner got to keep it. Sometimes the beauty queens would do humiliating things such as shaving their heads, swallowing insects, or engaging in naked tree-climbing contests.

Pablo spent a portion of his money helping the poor in Medellin. He was responsible for constructing many schools, churches and hospitals. He would also distribute money and do other civil activities for those who did not have it. He was seen as a hero to the poor and many compared him to Robin Hood. 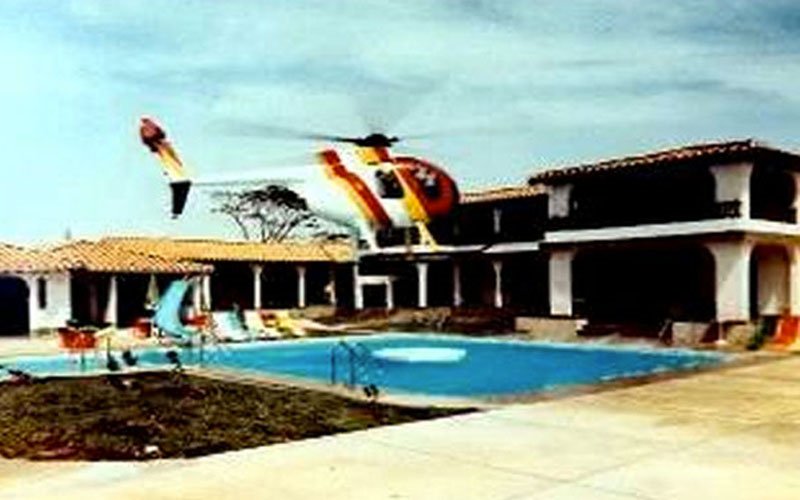 In 1979, Escobar constructed a lavish country estate (Hacienda Los Nápoles) on a 7,400-acre ranch. The land for the ranch cost him $63 million.

This home was extremely extravagant and Escobar employed over 700 servants to keep it maintained and running. At Hacienda Napoles you could find  billiard tables, pinball machines, bars, Tv’s and jukeboxes. There was also a private bullfighting ring, six swimming pools and lakes where people could jet ski. The biggest highlight was Escobar’s own personal zoo. This zoo contained hundreds of exotic animals from lions, elephants, rhinoceroses, zebras, camels, gazelles, buffaloes, hippos and ostriches. 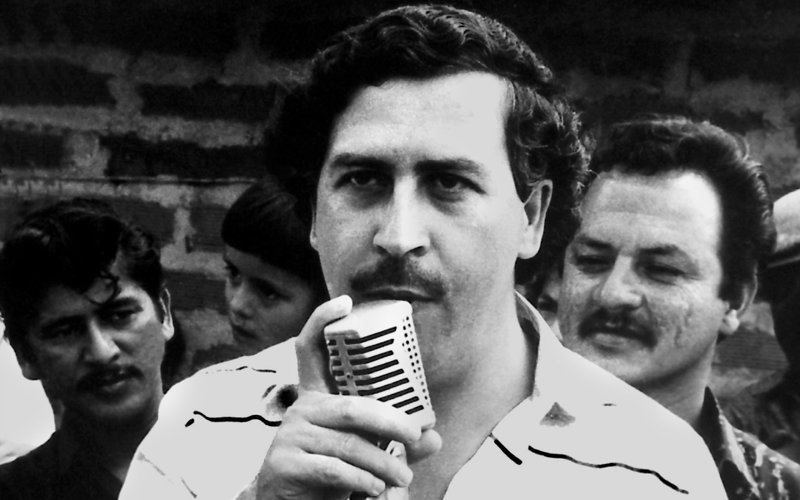 Pablo was wanted in the United States on drug charges and the Colombian government was willing to hand him over to the U.S. for extradition. Escobar feared extradition even more than dying. Because of this, he increased his policy of plata o plomo (silver or lead) against those who dared to oppose him.

28. He Orchestrated the Raid on the Palace of Justice 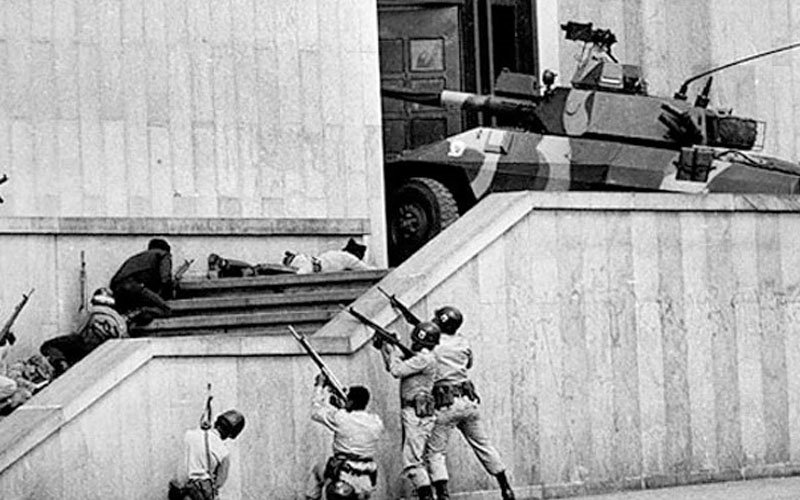 The Palace of Justice (Similar to the U.S. Supreme Court) in Bogotá, Colombia was stormed by armed guerrillas. Documents related to the extradition of Pablo Escobar were destroyed in a fire that consumed the building. It is alleged that Pablo Escobar paid the guerrillas one million dollars to carry out the act. More than 100 people died in the raid almost half of the 25 Supreme Court Justices were killed.

29. He Built His Own Prison to House Himself 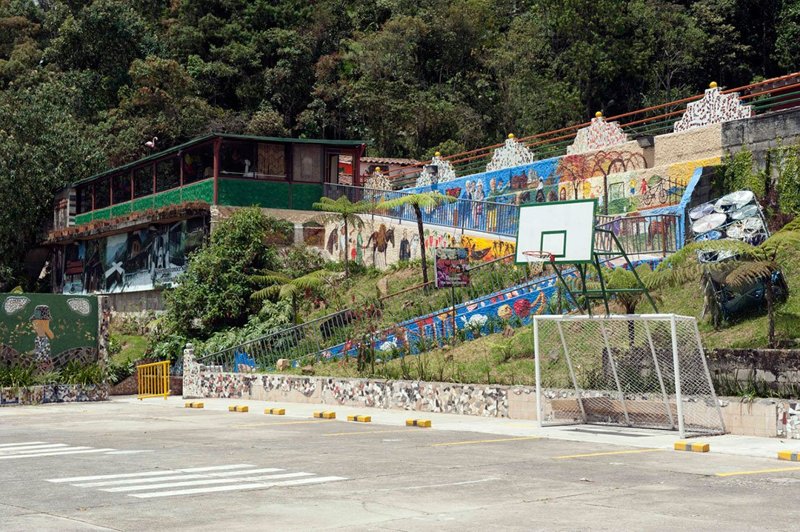 With the threat of being extradited hanging over his head, Escobar made a deal with the Colombian government that he would  stop his policy of plata o plomo and surrender to the government. The terms of the deal would require Escobar to serve a maximum term of five years, and the Colombian government would not extradite him to the United States. Pablo agreed on this deal, but he would be the one to create his own luxurious private prison, La Catedral (The Cathedral). The prison would be built to Escobar’s specifications and he would also choose his own guards.

The prison was often called “Club Medellín,” or “Hotel Escobar,”  because of its amenities. On the grounds of La Catedral you would find a soccer field, jacuzzi, bar, a waterfall and a giant doll house.

30. He Burned $2 Million to Keep His Daughter Warm 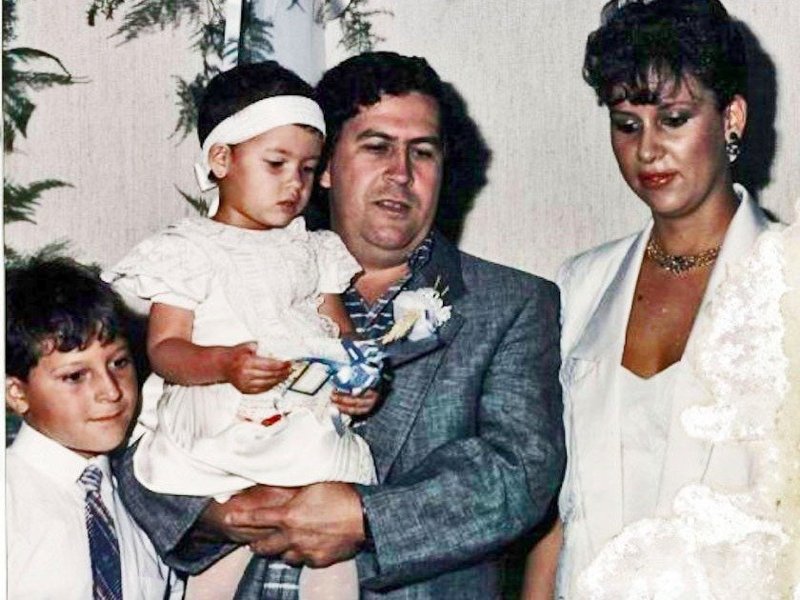 When Pablo was on the run, his daughter started suffering from hypothermia. As a way to keep his daughter warm, the drug dealer burned $2 million. The fire from the burned money was also used to prepare food. 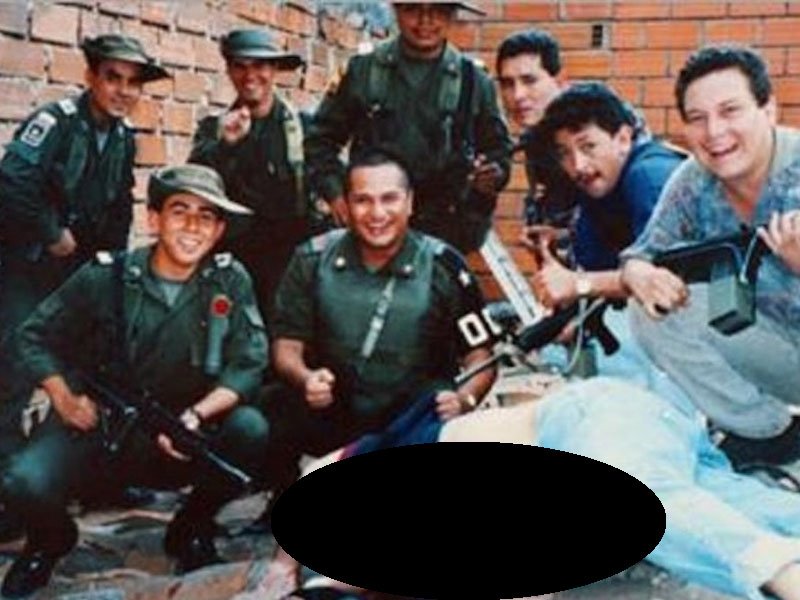 By late 1992, Pablo was a wanted man, not only by the Search Bloc, a special, US-trained Colombian task force, but also another group called “Los Pepes,” (“People persecuted by Pablo Escobar“). Los Pepes were made up of family members of Escobar’s victims and they were mainly financed through his main rival, the Cali Cartel. On December 2nd, 1993, Search Bloc were tipped off as to where Escobar was hiding and a shootout ensued. When the shootout ended, Pablo Escobar was dead. He had a gunshot in his leg, torso and a fatal one in his ear. Many people believe that he committed suicide as he would have rather been captured dead than alive, while others say he was shot by a policeman.

There is a 3,000 Year Old Egyptian Statue That Looks Like Michael Jackson