Warning: Trying to access array offset on value of type bool in /home/jdeeze/thefactninja.com/wp-content/plugins/current-age/currentage.php on line 165
 29 Facts About the Fresh Prince of Bel Air Skip to content 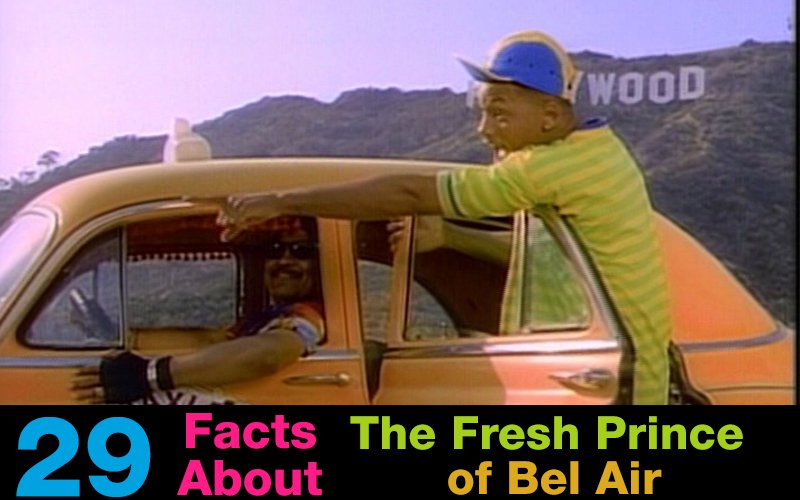 In West Philadelphia, born and raised, on the playground is where I spent most of my days. Chillin’ out, maxin’, relaxin’ all cool and, of course, shootin’ some b-ball outside of the school……………We know these words by heart and when you hear this little intro, you know you are setting yourself up for 30 minutes of good laughs.

Well, I am sure some of you know all there is to know about the Fresh Prince, but for those of you who don’t, take a look at 29 facts about “The Fresh Prince of Bel-Air” that I bet you did not know.

1. Will Originally Did Not Want to Do The Fresh of Bel Air 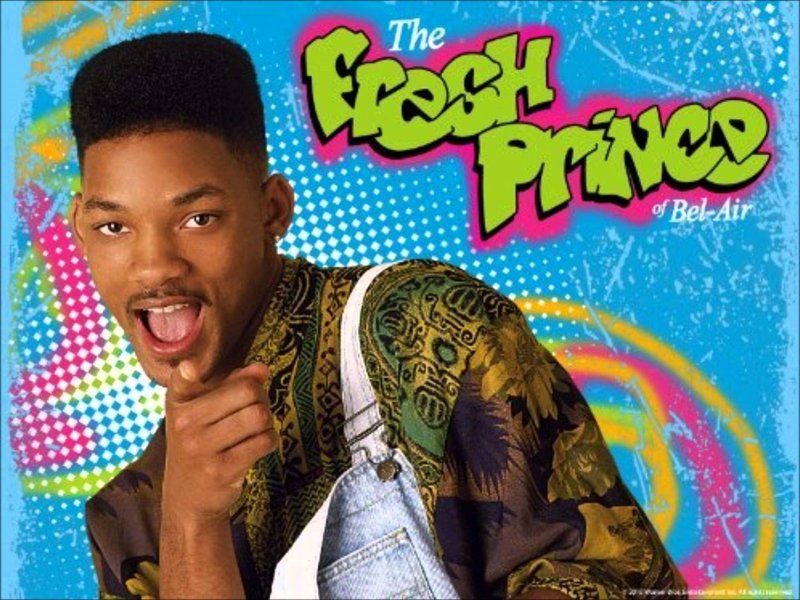 Before the hit TV Show, the Fresh Prince of Bel Air, Will Smith was a superstar in his own right. He was in the rap group DJ Jazzy Fresh & The Fresh Prince. They won the first ever rap Grammy award and they also sold millions of records. Will made a lot of money during his rap career, but being young and foolish, he ended up owing the IRS almost $3 million.

With the rise of gangsta rap taking over in the 90s, Will’s bubblegum type of rap was no longer proving to be a hit with the fans. That is when producer Quincy Jones reached out and asked him to star in a sitcom for the TV network NBC.

At first Will rejected the idea of starring in his own TV sitcom. He was afraid that people would view him as a major sellout and that it would be the nail in the coffin of his floundering music career. There was a big positive in doing this TV show and that was it paid really well. If the sitcom was a success, his paycheck would go up over the coming seasons. With Will owning the IRS so much money, he quickly changed his mind about not doing it and signed on what would become “The Fresh Prince of Bel Air”.

2. The IRS Took a Big Chunk out Of Will’s Check for 3 Seasons 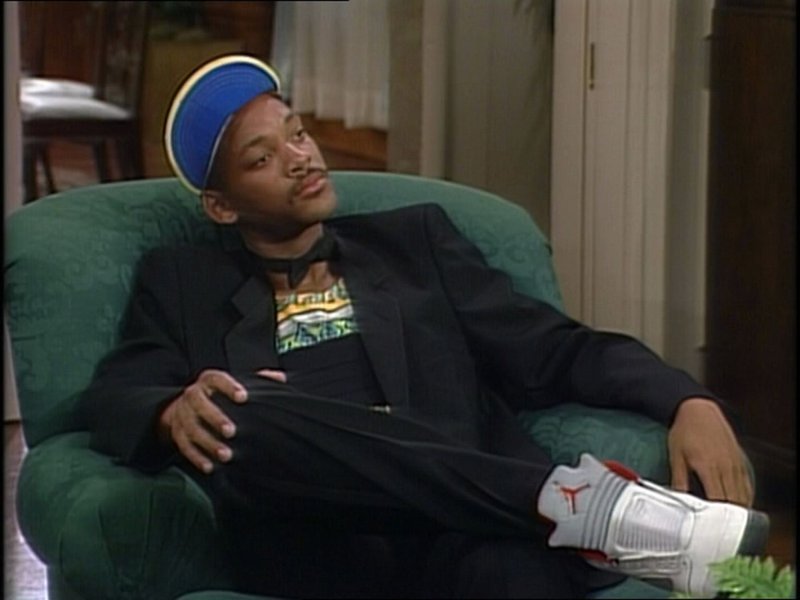 Because Will Smith owed the IRS over $2.8 million in back taxes, the IRS was determined to get what they were owed. Even though he was making a lot of money from the TV show, In an interview with 60 minutes, Smith stated that “For the first three years of ‘The Fresh Prince of Bel-Air’ the IRS took 70 percent of every check and after the third year I got back to zero. It’s terrible to have that kind of success and have to quietly be broke.”

3. You Know That Famous Scene Where Jazz Gets Thrown Out?

The scenes where Jazz gets thrown out would always bring out the laughter and it was a classic part of the show. Jazz got thrown out 16 times during the course of the show, but if you look closely, you will notice that every time he gets the boot, has on the same shirt. They only did one shot of Jazz being thrown out (The 2nd episode) and they would just reuse it when needed. The reason for this is that it would have cost too much money to shoot the scene each time for the given episode. To make sure that there was continuity, Jazz would wear the same shirt as in the original shot.

4. The Mansion We All Know is Actually Not in Bel-Air 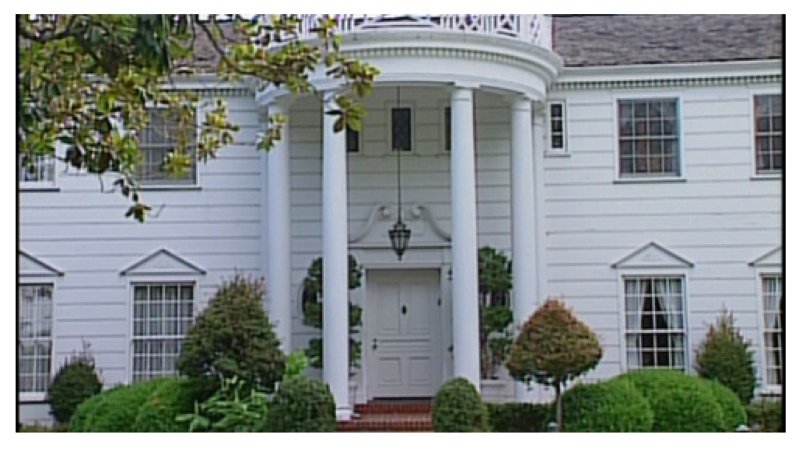 In the television show, the address of the Banks’ house is 805 St. Cloud Road. However the real house is actually located N. Bristol Avenue, in Brentwood (The same neighborhood O.J. Simpson lived).

5. Will Smith’s Name in the Show Is Different From the Real Life Will 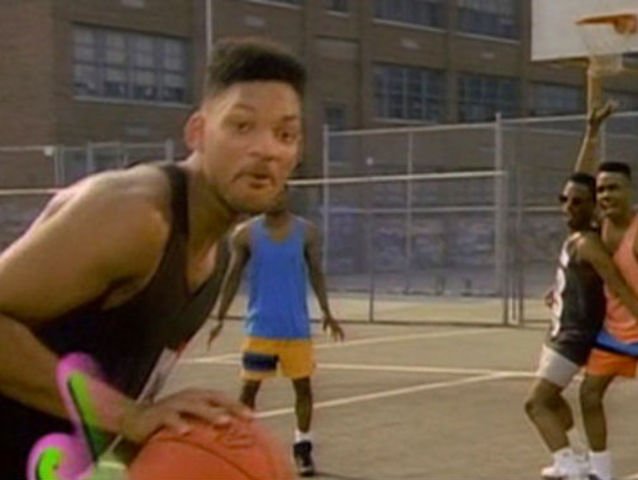 The character in the show is Will Smith, the same as the Actor Will Smith. However, there is a slight difference between the two on the show and in real life. Will is known in real life as Willard Smith. In the TV show he is William Smith.

The reason Will chose to name the character Will Smith, came from a conversation he and Alfonso Riberio were having when they were trying to come up with names for their characters. Alfonso stated that they had to be careful with the names that they chose, as people would be calling them this name publicly for the rest of their lives. It was there that he suggested he name the character “Will Smith”.

6. Really! That Was Geoffrey’s Last Name?

On the show, Geoffrey is known as the wise cracking butler of the Banks’. Many people are unaware of his full name, which is, Geoffrey Barbara Butler…..oh the irony and the weirdness.

7. The Theme Song Was Used to Prank C-SPAN

It is well known that people get a kick prank calling C-SPAN, however it is usually nipped in the bud pretty quickly.  A guy named Jack Strickland was able to get away with a pretty cool prank call during a segment on C-SPAN where they were discussing how much influence Congress should have on negotiations with Iran.

Jack was able to make on air call where he stated that he was from Bel-Air, California, but he was originally from West Philadelphia. He went on to say that he and a friend were on a basketball court discussing how much influence Congress should have over Iran negotiations when “a couple of guys who were up to no good essentially started causing trouble in my neighborhood.” He was promptly cut off before he had a chance to finish.